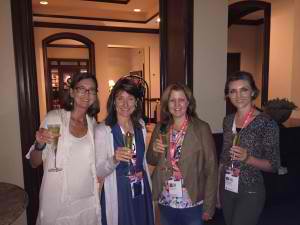 Adelaide has grown over the years through social, economic, and cultural collaborations with other countries and cities. The city is well known for its innovation and entrepreneurial contribution to the whole of Australia as well as smart city goals and gig city IT infrastructure, being referred to as the City of Entrepreneurs, known for collaboration.

The Sister City concept was established in 1978 in Australia.  Today there are more than one hundred cities with sister city partnerships in Australia.  Sister City Relationships are embraced to improve & promote the business & social connections, cultural exchange, and economic linkages between the towns, cities, towns, cities, regions, provinces, states, and countries all across the globe.

Australian Sister City relationships have attained major economic growth through tourism activities.  Tourism development has been accomplished due to the engagement of people in social & cultural activities between the sister cities, through events, culture, sports, and education.

Austin, the capital of Texas founded in 1838, is a sister city to Adelaide.  The city is known for its achievements in the research and development field. However, the city also has a large manufacturing base which is doing well considering its proximity to the Mexican border.

Austin is also considered as a diversified city as its population comprises of individuals coming from different backgrounds, regions, and cultures.  The city has individuals from South America, Africa, African American, and Europe.  A desert-like landscape, with land reclamation projects realizing beautiful scenery these techniques have been achieved through collaboration with sister cities. The collaboration has also led to diverse cultural interactions including one of the largest music festivals in the world with SXSW.

Momentous economic growth is attained for the Austin, Texas business community from the SXSW conference & festivals. The event invites influencers & leaders from different sectors to a mixed festival of trade shows, conferences & seminars. This festival also brings together artists who participate in a collective conference based on music & film & other creative industries.

In 2017, the event was attended by more than 285,000 people boosting Austin’s capital through cultural events facilitated by sister city connection and in the same year, the impact of economy reached to $348.6 million.

In the case of Adelaide, a majority of the relationships were formed after the establishment of an economic relationship. Sister city relationships deliver economic, social & productive benefits even though it is not the sole objective of such relationships, helping to strengthen relationships, taking them to the next level.

Sister city relationships are used to improve the nature of present economic connections and there is need to implement economic policy and trade agreement that governs the nature of this relationship. This provides additional gains compared to the secondary gain acquired through related activities such as tourism and cultural collaborations. Trade agreements enhance exchange of goods and services within the regions, increasing employment opportunities and boost the revenue generated between the cities.