Adelaide ramps up for the autonomous vehicle industry 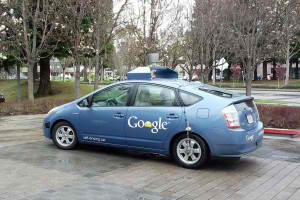 RDM Group, UK-based autonomous transport company, has chosen Adelaide for its Asia-Pacific HQ.  The world-class Tonsley Innovation District will be RDM’s base, with the long-term plan to ‘create a bespoke assembly facility in Adelaide that will supply vehicles direct to customers across the entire region.’

Cohda Wireless, a company pioneering the V2X (Vehicle to everything) technology has also set its roots in Adelaide.  The introduction of both companies is timely.  Last year, South Australia became the first Australian state to pass legislation around driverless cars.  Just months later, the state has just announced a $10 million Future Mobility Lab Fund – a commitment to the research and development of autonomous vehicle technologies.

South Australian Transport and Infrastructure Minister, Stephen Mullighan, believes these movements will stimulate the industry, expected to be worth $90 billion worldwide by 2020.  Mullighan launched the initiative at last year’s World Congress on Intelligent Transport Systems (ITS).

Research institutions, companies and industry bodies are currently submitting their proposals to access the fund to accelerate industry growth.  The program will favour trials with vehicle-to-vehicle (V2V) and vehicle-to infrastructure (V2I) communications pilots, both on-road and off-road.

With all projects taking place in South Australia, the state aims to:

South Australia has seen its fair share of economic ups and downs.  Into the future, embracing advanced technologies and new ways of doing things will put the state on the world stage, resulting in well-paid jobs, and more of them.

With the state being early adopters of this $90 billion autonomous industry, new job opportunities are just around the corner.  In less than 15 years, all cars on Australian roads will be driverless.  So, what jobs, skills, and knowledge is needed to get there?

Because the most complex element of an autonomous vehicle is the software that collects the data (and analyses it) to drive, software engineers are in great demand.  Currently, there’s a supply-demand issue.  More companies are looking to fill engineering jobs than the people looking for them.

As the industry expects less accidents and safer driving, this will also result in reduced workload for auto mechanics.  But there’s an opportunity for mechanics, personal drivers, truck and heavy industrial vehicle drivers, traffic analysts, driving instructors, parking inspectors and other aligned jobs to upskill to fill these job gaps.

And then there will be the new jobs altogether that we’re not yet focusing on especially in relation to big data analysis and the application of machine learning.  Thomas Frey, the founding executive director of non-profit futurist organisation the DaVinci Institute, had his to add:

“The part that’s receiving far less attention is the huge number of new jobs that will replace the ones faded out.  Autonomous vehicles will be open up industries surrounding driverless vehicles, such as ‘ride experience’ designers, as well as analysts and engineers focusing on automating and coordinating cars with traffic.”

It’s like the introduction of the internet.  ‘All jobs will go…’, was a common fear.  But look at the new industries of jobs that have been introduced, as a result.  We need to adapt and collaborate with the autonomous industry, not be fearful of it.

Looking to the developing world, a recent article suggests that autonomous management and drone pilots could soon be the biggest job opportunities for Indian IT companies.

“Big data analytics sector in India is expected to witness eight-fold growth to reach $16 billion by 2025 from the current level of $2 billion. By 2020, LTE and 5G infrastructure investments are expected to account for a market worth $32 billion.”

“Overall demand (for engineers) is expected to be strong at all levels with visible lack of strong pipeline of supply at the senior level and for niche skills,” Sood said.

Tech firms are on the hunt for niche skills and senior level engineers.  There is a continued demand for Agile, Waterfall, Technical Project/ Program Managers, Technical Architects and some new technology skills for AI and Big Data.

The autonomous industry is set to change the world as we know it and in exchange comes great opportunity.  Cars will become a ride or transportation service and we know that services come with the need for people to deliver and enhance that service.

Preparing a workforce for a new industry takes strategic planning, please contact Wendy Perry at wendy@wb.switchstartscale.com.au if you’d like to develop a vision for the future.