Engaging youth in TVET and improving gender equality in Mongolia 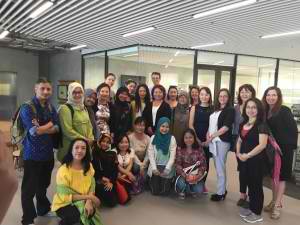 Mongolia has been on an economic rollercoaster – from 20% growth, to falling to 5% in 2011 alone.  In 2014, nominal public debt to GDP rose to 77.4%, from 31% just three year’s prior.  The country’s small economy, less than a third the size of North Korea has certainly seen its ups and downs, with a significant impact on employment and training.

An economy dependent on resources

Mongolia has faced several challenges on the economic front.  In the first half of 2015, the country’s economic growth has fallen to just 3% – mirroring the slowing economy of its main customer, China.  If this figure persists for the rest of the year, it will make it Mongolia’s slowest pace of expansion for six years, according to Reuters Africa.

Coal and copper prices, their two main commodities, have fallen 20-30% over the last year, with a drop in demand has also hitting the country hard.  Mongolia also has to contend with falling foreign investment because of China’s waning demand for commodities and caution from investors because of government disputes with miners.  But mining could also be the key to recovery.

In November 2014, Mongolia’s Prime Minister Chimed Saikhanbileg took on the task of rebalancing the economy, with a focus on recapturing investment for the mining sector.

A deal with mining company Rio Tinto to reboot a $6 billion expansion project for the Oyu Tolgoi copper-gold mine that was put on hold in 2013 because of disputes over the second phase of the development.

Oyu Tolgoi, Mongolia’s biggest single investment is set to encourage a string of stalled mining projects. But investing in their people is also on the agenda.

The right training for a successful future

Today’s labour market in Mongolia is characterised by increasing unemployment and a decline in training processes.  Taking young men as an example, 16% are dropping out of tertiary education, in favour of staying in rural areas to help their families.

Mongolia suffers from youth underemployment and its vocational education system has not evolved to serve the demands of its economy.  Researchers are evaluating the impact of attending a Technical Educational Vocational Training (TVET) school and the incremental impact of school equipment upgrades on students’ academic achievements and eventual labour market prospects.

Initiatives have been created to overcome this issue.  The Millennium Challenge Corporation is one example.  Working with the Government of Mongolia, the agency works on reforms to strengthen the country’s technical vocational education and training (TVET) sector.  Another approach could be to encourage more people into entrepreneurship, especially women, addressing gender equality issues.

The fluctuating growth of the Mongolian economy in recent years has changed the employment structure and demand for skills, however the nation would certainly benefit from implementing workforce development strategies particularly focussed on youth, training people with disabilities, and gender equality to smoothen the transition into the workforce.

If you’d like to apply entrepreneurship and engagement strategies for women, youth or people with disabilities in TVET or the workforce, please contact Wendy Perry via wendy@wb.switchstartscale.com.au.