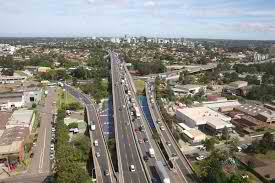 Moving forward, it’s anticipated that the new Parramatta Square development will push job growth in public administration. Because the share of industrial roles in the west is higher than Greater Sydney, there’s an opportunity to look at ways to leverage the district’s ‘economic assets and investment opportunities’ to continue the momentum of the knowledge-intensive economy.

The Western Sydney Airport, which will be built and run by a Government state-run company, will bring 20,000 new jobs by 2030. Over the long-term, this figure will increase to 60,000. The airport will be fully operational by 2026.

The district is making huge strides to upskill youth, in preparation. According to Angelo Jourtis, President of People and Advancement, at Western Sydney University, he believes the biggest threat to universities is staying relevant to its students.

In a strategy to attract the citizen scholar, the university is promoting broader ideas that it’s calling ‘meta-themes’, not courses. Using the Adobe platform to conduct A/B testing, as well as Google search data to explore new course opportunities, they’re embracing a digital transformation.

“Traditionally, academics develop courses with the expectation that they live forever and, of course, they don’t. Nothing lives forever. What we want to do is put a framework around this so we can help the transition of courses when they move to the next stage of their life. This is where technology will help us,” Jourtis said.

Western Sydney University recently opened its $220.5 million flagship campus in the Parramatta CBD which is “infused with technology” to enable way-finding and analytics to understand how students are using the building. With traditional lecture theatres ‘redundant’, the campus has introduced smaller spaces, such as group study rooms with screen sharing and video conferencing.

There are dozens of innovative partners forming, like the Spark Strategy – a joint initiative between the Parramatta City Council, Western Sydney Community Forum and the Western Sydney Collective.

In June, they hosted an event of 280 people from business, community and government. Partnering for Purpose was one of the outcomes to strengthen Western Sydney’s economic and social growth. ‘Spark’, a collective of entrepreneurs and strategists, creates innovative business and funding models, supporting creative thinking, and execution.

A little further west to Lithgow

1,700 new residential lots are planned for the Marrangaroo area, north of Lithgow. This project will include a business corridor along the Great Western Highway, allowing easier travel between Sydney and Lithgow. With the city becoming ‘too confined’, expansion into the Lithgow area is inevitable.

In other plans, Energy Australia aims to transform part of its coal-fired station near Lithgow into a purpose-built boiler that would run on waste. The $60 million energy recovery project, a first of its kind in Australia, will use non-recyclable materials such as plastics and linen.

While Lithgow has always been a strong coal-producing area, it’s looking at diversification strategies to continue its economic resilience.

Whether it’s in regional Lithgow or back in the Western Sydney, entrepreneurship and innovation are evident. Both regions are in a state of evolution, as jobs, infrastructure projects and education opportunities continue to develop.

With a population of just under two million, there are no signs of growth slowing down in Greater Western Sydney. It’s an area that understands its historic growth and identifies its strengths, to help continue running Australia’s third largest and fastest growing economy.

If you’d like to learn more about current opportunities or finding the right talent for your business, please contact Wendy Perry at wendy@wb.switchstartscale.com.au.