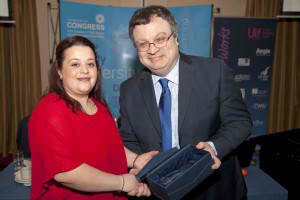 With just under half of the population (49.19%) under 35, Ireland’s youth can lead the way in a capable, highly adaptable and mobile workforce.  The country’s economy grew at more than 5% in 2014 – making it the fastest in Europe.  And it’s not showing any signs of slowing.

An education system that ranks in the world’s top 10

Having over one million people currently in full-time education in Ireland – across primary, secondary or tertiary, the Government has developed schemes to help boost Ireland’s education and skills base, to combat unemployment.

The Government’s ICT Action Plan, for example, is designed to equip students with high-level ICT skills to double the output of honours-level graduates by 2018.  Working alongside industries, third-level institutions will also provide courses to fast-track graduates from other disciplines into ICT.

And there’s the Jobs Plus Initiative, encouraging and rewarding companies who offer employment opportunities to the long-term unemployed.  This scheme offers up to €10,000 for a qualifying recruit payable on a monthly basis, over a two-year period.

Private bodies such as Colleges Northern Ireland make further education for youth accessible.  As an umbrella body for the six colleges in the region, these colleges are the main providers of vocational and technical education and training.  It’s here where students can take part in a range of studies, from GCSEs, A levels, BTECs and HNCs to Foundation Degrees, Apprenticeships, Degrees and other specific training programmes.

Northern Ireland has gained significantly from the first release of funding through Erasmus+, the EU’s flagship programme for education, training, youth and sport.

This first year of the new Erasmus+ European Union programme in the UK, aimed at organisations from the education, training, youth and sport sectors, has seen £77.5 million awarded to 818 successful projects in the UK so far.

In the UK around £840 million is being made available over the seven years leading up to 2020.

Jonathan Stewart, Deputy Director at British Council Northern Ireland sees the broader benefits.
“Erasmus+ offers a significant opportunity for young people in Northern Ireland to benefit from study, training, volunteering and professional development across Europe.  But it also provides opportunities for institutional partnerships and exchange of ideas and best practice.”

Ireland’s economic journey over the last five years is worthy of reflection.  But it proves there is life after economic challenges.  Ireland is now more resilient than ever – and it’s through their dedication to education.

Achieving an educated workforce is a long-term strategy.  Ireland is a good example of a country that’s not only supporting the transition from study to the workforce, but also assisting youth who’ve been out of work.

PrevPreviousWhat is missing from Australia’s Innovation Agenda?
NextNew ways of working and learning: The workforce in 2016Next