Local companies backing their own in Upper Spencer Gulf 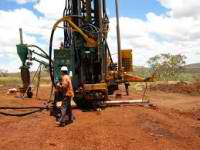 $1 million will be put towards job creation and support programs for the Upper Spencer Gulf and Outback region, including Port Augusta, Whyalla and Leigh Creek.

The Government is taking action to look after the region, after a recent, damaging blows – such as the closure of the BHP’s Olympic Dam, the Leigh Creek coal mine and Port Augusta power stations.

Included in this funding package is a Regional Job Creation Grant for Port Augusta and Whyalla, support for ongoing visibility of Leigh Creek, and focus on supply chain workers in the region.

“The Regional Job Creation Grants will enable businesses to apply for funding on a dollar-for-dollar basis to help them expand their business and create jobs,” Manufacturing and Innovation Minister Kyam Maher said.

Local companies backing their own

In July 2015, South Australia reached an alarming unemployment rate of 8.2%. 580 jobs were lost in at Arrium Mining in Whyalla, and 230 at Olympic Dam, north of Port Augusta.  Back then this was considered significant numbers… but now we have had more news about Arrium,

Alongside the $1 million funding announcement, there are many regional initiatives that are helping overcome the job loss crisis in South Australia’s north.

Local companies are supporting employment in the region.

Downer, a transport company, has employed three new staff members who have combined their employment with TAFE studies.

Port Augusta Depot manager Trevor Stroyan said he appreciated the chance to provide an opportunity for locals in Port Augusta having once been an apprentice himself.

The company prides themselves on providing effective coaching programs for staff members and supporting local communities.

And then there’s Sundrop Farms, who has world-first, tomato production technology being set up in the town – giving locals the opportunity to apply for training that will lead to employment in the new industry.  The State Government is getting behind their venture, with a $50,000 kick-start to pilot their skills development program.

This is a great example of how skills, employment and training initiative respond to emerging local industry needs.

Shift in the workforce for Upper Spencer Gulf

Encouraging local workers to make use of the job creation packages is the biggest challenge – especially if they’ve been working in the same industry for decades.

As the Upper Spencer Gulf is going through its own transformation, it’s important that local workers remain open-minded and involved.  There are programs that can be taken advantage of to help retrenched workers get back into employment – either in their own industry or a completely different one.

Ensuring skills don’t become redundant is at the core of this program and workforce development strategies can help assist with this.  Taking the lead to identify priority industry sectors, critical job roles and capabilities is the key for job creation and regeneration.

Talk to Wendy Perry is you want a regional plan for growth and a workforce to match, via wendy@wb.switchstartscale.com.au.

PrevPrevious9 urgent things Registered Training Organisations must come to grips with in the next 3 months
NextDynamic growth of Smart Cities – what are the effects on the workforce?Next