Skills for All – balancing industry needs with workforce participation and retrenchment? 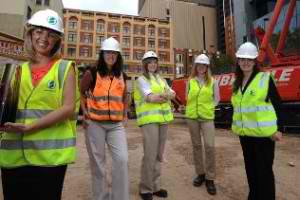 Up until now, workforce participation has been the number one priority for Skills for All.

What we see in the latest budget is more of a balanced approach between industry needs, reducing the unemployment rate and increasing the number of South Australian’s with qualifications.

The State Government budget 2014-15 papers says that Skills for All gets 20,000 additional student places aimed at addressing industry training needs with $52 million over two years in addition to $11 million in 2013–14 (budget overspend?).

The 2014–15 Commonwealth Budget ceased funding for the continuation of the national partnership from 2017–18.  As a result, funding and associated expenditure will be reduced by an estimated amount of $38.4 million in 2017–18.

With Training Places for Single and Teenage Parents ceased by the Commonwealth Government funding and associated expenditure will be reduced by $2.2 million per annum from 2014–15.

Changes in operating expenses for the Department of State Development are projected to decrease by $64.5 million primarily due to the profile of additional funding provided for the Skills for All program (very cleverly worded!).

In 2013–14, general government expenses are $310.3 million higher than estimated at the  2013–14 Budget including $16.0 million in additional resources provided to Further Education, Employment, Science and Technology towards the Skills for All initiative.

Overall the net cost of services for Employment and Skills Formation is as follows:

• reclassifications from investing to operating expenditure in 2013–14 ($7.8 million)

• Address critical sector needs for training and workforce development by working with industry to deliver skills training through the Skills for All policy and other industry focussed programs in accordance with industry demand and government priorities.

–Strengthen TAFE SA’s relationships with industries and engagement with employers to develop the highly skilled workforce needed by current and emerging industries.

• Finalise construction of the light vehicle training facility as part of the Mining, Engineering, and Transport Centre at TAFE SA Regency Campus.

• Commence implementation of accepted recommendations from the Red Tape Reduction review with the VET system.

• Commence a review into Skills for All.

For providers I’d suggest reviewing the performance measures to get a sense of where the state government’s priorities lie:

In relation to quality assurance and regulatory services, the targets for 2014–15 include:

• Conduct independent validation of assessments for an additional 15 Skills for All courses to verify that graduates can apply their skills and knowledge in the workplace to industry standards.

• Conduct comprehensive reviews of approximately 120 Skills for All training providers to assess compliance with quality training and contractual obligations.

• Provide professional development programs to training providers to improve training outcomes in line with Skills for All priorities, with a particular focus on Foundation Skills and Assessment.

• Implement a suite of nationally consistent regulatory and administrative rules for traineeships and apprenticeships aimed at reducing red tape for national employers.

• Introduce a web portal to the ATLAS data management system to enable employers, apprentices and trainees to transact business online.

For the Sub-program 1.2: Learning, Workforce Participation and Workforce Development the objective is to address the state’s economic development, productivity and social inclusion by:

The $3.8 million increase in expenses is primarily due to:

• increased expenditure under the Critical Skills Investment Program in 2014–15 ($2.8 million)

• higher expenditure in 2014–15 to support retrenched workers transition into new employment ($1.4 million), including additional support for workers in response to the decision by GM Holden Ltd to close its South Australian vehicle manufacturing operations by 2017

• additional expenditure in 2014–15 for increased support for the long-term unemployed and older workers to increase their skills and remain in the workforce, delivering on the Government of South Australia’s election commitments ($0.8 million)

• higher expenditure in 2013–14 under the Building Family Opportunities program ($0.6 million).

• Expand the Skills for Jobs in Regions program to target communities facing the greatest employment challenges, with a goal of 6000 more people in jobs over the next three years.

• Support the re-skilling and re-employment of workers affected by the closure of GM Holden Ltd.

The International and Higher Education, Sub-program 1.4 aims to:

Support higher education institutions in South Australia in sustaining the state’s reputation for quality teaching and learning for both domestic and international students.

The $1.3 million decrease in expenses is primarily due to:

• a rationalisation of the TAFE SA international unit commencing from 2014–15 ($0.8 million)

• the completion of grant payments to Carnegie Mellon University in 2013–14 ($0.7 million)

Targets in 2014–15 for International and Higher Education cover the following areas:

• Implement an international education marketing strategy for China as the premier target market for Education Adelaide, along with plans for India, Malaysia and Vietnam.

• Strengthen working relationships between the state government and the state’s public universities.

• Work with the state’s public universities and the Department for Education and Child Development (DECD) to implement the government’s High Quality Education policy, which requires all new teachers to be Masters qualified by 2020.

I believe Skills for All still needs to go further to truly address South Australia’s economic, industry and regional priorities.  A vision for the state’s workforce, a clear purpose statement for Skills for All, identified priorities that put workforce demand first, and an alternative evidence base to critical jobs and skills, is what is needed.

Areas of skills development across all sectors, which are often missed when looking at something like the Funded Training List include:

PrevPreviousWhere are the jobs and skills in the South Australian 2014-15 Budget?
NextBe the Best Boss – a better person… a better leaderNext