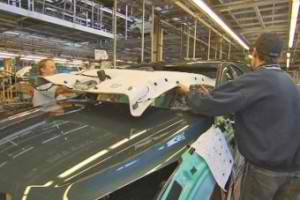 In the recent South Australian State Government Budget, $27.0 million over two years (in addition to $38.7 million in 2012–13) was announced to support additional training under the Skills for All initiative.  The government says that this accelerates their commitment to creating 100,000 training places.

So how will this overspend be addressed?  Well quoted from the budget paper, “Changes in operating expenses: Further Education, Employment, Science and Technology ? projected to decrease by $132.5 million primarily due to the profile of Skills for All expenditure and the implementation of budget savings measures.”

“TAFE SA fee revenue has been revised down across all years to reflect the lower level of full-fee paying students, due to the impact of the high Australian dollar and changes to the visa application process on the number of international students, as well as a higher number of TAFE SA students undertaking free courses.”

Budget paper 4 volume 3 has the agency statement for DFEEST that outlines the following existing projects and programs:

• once-off expenditure in 2012–13 associated with the transfer of proceeds from asset sales to the consolidated account ($8.2 million)

–          lower expenditure in 2012–13 due to a reclassification of budget from operating to investing mainly in relation to information technology systems ($2.8 million).

• additional support and redirection of funding for increased Skills for All activity ($35.9 million) and supplementation to TAFE SA ($13.0 million)

• once-off expenditure in 2012–13 associated with the transfer of proceeds from asset sales to consolidated account ($8.2 million)

• lower expenditure associated with the Skills in the Workplace program ($11.3 million)

• lower expenditure due to the reclassification of budget from operating to investing mainly in relation to information technology systems ($2.8 million)

• a reallocation of expenditure relating to regulatory services to sub-program 1.3 Quality Assurance and Regulatory Services ($1.5 million).

The state government outlines the following highlights for 2012-13:

• Commenced implementation of Skills for All providing South Australians with vocational education and training and new services resulting in:

– enrolments increasing by 43 per cent in semester 2, 2012, that supported an extra 23 000 students into training to meet industry demand for skills, compared to the same period in 2011

– 90.1 per cent of South Australian VET graduates were satisfied with the overall quality of their training, above the national average of 89.1 per cent

– 90.0 per cent of TAFE SA graduates were satisfied with the overall quality of their training which was higher than for TAFE graduates nationally

The TAFE SA Act 2012 was proclaimed, establishing TAFE SA as a new statutory corporation effective from 1 November 2012, allowing it to be more responsive to student and industry demand in a contestable market.

South Australia had the highest number of apprentices and trainees on record for commencements (26 300) and completions (12 600) and the second highest number in training (40 000) as at 30 September 2012.

Commenced construction of the Mining and Engineering Industry Training Centre at the TAFE SA Regency campus which will help meet the training needs of the 25 000 new workers projected to be required by mining, engineering and allied industries over the next five years.

What’s the most important calculation factor in this equation and VET costing?  Qualification completion rates!!!