Smart and Skilled – ready or not? 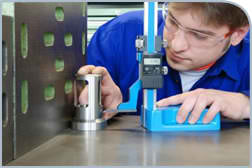 Back in October 2012 the news was, “The long awaited announcement from New South Wales – an open VET market from 2014” which has now been pushed out to 1 January 2015.

Why?  Well things have been quiet [publicly] although I understand there has been lots of work in the background and it seems the NSW Skills List needs more time for validation, consultation and to be communicated to stakeholders.  I think that the training market hasn’t had enough prep or information for a 2014 implementation either.

In mid 2014, we will invite training providers to apply to deliver services under Smart and Skilled in 2015.  (Source: State Training Services NSW Department of Education & Communities Update)

So 2014 will be a transition year for the VET market in New South Wales with announcements on subsidies, fee calculator and contracts negotiated with preferred providers.

From 1 January 2015 we’ll see ‘eligible*’ individuals funded for up to Certificate III and foundation courses, pre-vocational training, skill sets and qualifications from Certificate IV to Advanced Diplomas some with course fees to supplement the subsidy all based upon a Skills List.

Note on what is “eligible*”:

An individual may be eligible for government subsidised training if they are:

For other training, such as skills sets, pre-vocational training and full qualifications from Certificate IV to Advanced Diploma, a limited number of places will be offered in priority skills areas.

However, if the individual is undertaking an apprenticeship or a traineeship the above rules do not apply. Foundation skills courses on the Skills List are not counted as a first post-school qualification.

Firstly a list of qualifications – Certificate III as the core and foundation courses with learner support for disadvantaged learners particularly through TAFE NSW and ACE providers.

Eligibility with weightings/subsidies based upon location and target groups (particularly Aboriginal people, students with a disability and welfare recipients, regional and remote areas for disadvantaged students).

The list will be reviewed after a year and I’d suggest this may need to be sooner depending on implementation issues and “demand”.

In September 2013 a new skills board was announced to lead the implementation of Smart and Skilled.  This board replaces the NSW board of Vocational Education and Training and is chaired by Mr Philip Clark AM.  Mr Bert Evans AO, chair of the Board has been appointed Mr Evans as the first New South Wales Apprenticeships Ambassador.

As the board’s role emerges I’ll be interested to watch their focus as in other states and territories such groups have been tasked with identifying future workforce demand, critical job roles and priorities.  If this is not a features of the board’s role, the task of implementing Smart and Skilled may be very ‘here and now” rather than forward thinking, proactive and dynamic.

Ideally an evidence based New South Wales workforce plan would identify workforce priorities linked to economic development goals, regional needs and specific target groups.  This intelligence could inform a “list” however a list [what’s on, off, when should changes be made] is fraught with difficulties whereas an application based approach underpinned by evidence would be based upon workforce demand.