Transformation of Higher Education and TVET in Japan 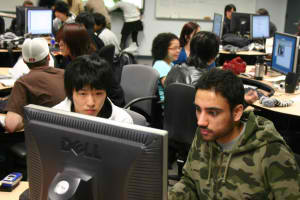 Japan is facing economic stagnation, in the wake of low Chinese demand, and labour shortages.

With a planned consumption tax increase in 2017, growth is likely to be only ½ of a percent.  This is a major concern, with the gross public debt rising to 230% of GDP.

With hopes of a primary surplus by 2020, the Japanese Government needs to implement targeted structural reforms to turn their economy around.  The country’s aging population, shrinking workforce and public aversion to immigration is hitting a near-crisis point.

Economists believe Japan’s aging population is one of the country’s biggest challenges.  Nearly 67% of Japan’s workforce is aged between 54 to 65 – according to OECD data.

Unemployment is near the lowest level since the 1990s and it’s expected to continue to decline toward 3.0% by March – with job vacancies at their highest in 23 years.

The country has resisted calls to open its doors to long-term immigration or dismantling strict employment laws – which means companies simply cannot fill jobs at any wage.

In an attempt to revive the economy, the Japanese Government will raise the minimum wage by 3% by way of a stimulus package.  Prime Minister Shinzo Abe’s government will also offer financial support to people living off pensions, to boost consumer spending.

But not everyone is convinced this is a long-term solution and there are bigger problems – like accelerating Japan’s integration in the world economy through trade agreements, such as the Trans-Pacific Partnership (TPP).

Better-skilled graduates are a priority too. The Government’s goal to transform Japan’s government-funded universities into schools focused on vocational education.  Part of this push sees business programs lead the way.

Despite being the world’s third largest economy, Japan accounts for only 4% of the world’s foreign students.  On top of this, the number of Japanese studying overseas is low, too.

All 86 of Japan’s national-level public universities have been asked to submit a restructuring plan – with Government funding to bring this vision to life.  It’s hoped Mr Abe’s efforts to inject more dynamism and innovation into the economy will improve the competitiveness of its graduates with specific course work.

With Japan’s economy at a standstill, there is an even greater need for targeted structural reform to address demographic strains and outdated economic structures.  And addressing workforce challenges is the best place to start.

Every country needs a Higher Education and TVET sector that underpins economic development and employment.

If you’d like to have a chat about how you can ensure that TVET outcomes match workforce demand, please contact Wendy Perry via wendy@wpaa.com.au.