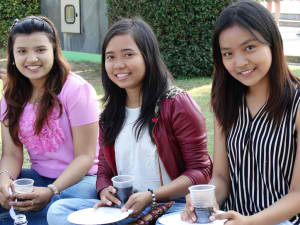 Rapid economic development is on Myanmar’s horizon.  Experts have predicted an 8.4% annual GDP growth for the nation this year – a ground-breaking growth rate, up from 5.9% in 2011.  Technology trends and large amount of relatively-free moving capital are to thank for Myanmar’s recent (and continual) growth.

But, as it stands, the country’s workforce simply doesn’t match the increasing economic demand.

Until 1996, all of Myanmar’s vocational schools were organised under one umbrella. This created a large gap in education and training available for mid-level technicians.

While unofficial ‘private schools’ have been introduced to meet the needs of the labour market, the country needs improved conversations between private enterprises and education bodies to meet skills standards.

It’s not only the mismatch between training and skills that Myanmar is battling.  Other economic challenges include increasing globilisation, lack of adequate industry involvement, not enough trainers, and low employment of graduates.

TVET will play a key role in minimising these issues.  Key industries are linked to national development including agriculture, energy and mining, tourism, financial services, infrastructure, manufacturing and telecommunications – with most of these sectors relying on skilled labour.

Promoting TVET is one of the answers to grow the skill necessities of a demanding labour market, according to a recent article in national media.  New figures reveal that in the next four years, one million jobs are needed to ensure employment for Myanmar’s youth population.  Vocational education is at the core of this and women are also central to this discussion, with only half (50.5%) of women employed.

A multi-day TVET forum was held last July to address the ongoing issue of TVET access, quality, and management.  In the keynote speech, Myanmar’s State Counsellor, Daw Aung San Suu Kyi, recommended the country ‘follow the most successful countries in the world.’

Germany is investing in Myanmar’s vocational system to rebuild it after decades of military regimes. Training young people is at the forefront of the new plans, with a focus on crafts, trades, and sustainable food production.

The German Federal Ministry for Economic Cooperation and Development (BMZ) will scale up its funds for the vocational training campaign in Myanmar, boosting the current 25+ million euros by an extra 10 million euros.

In the past four years, Germany has invested more than 140 million euros in cooperation with the country.  Since then, some 500 trainees a year have undergone vocational training, significantly in the regions that are least developed, due to ethnic and religious conflict.

Singapore is another key player in helping Myanmar achieve a successful reform.

The Singapore-Myanmar Vocational Training Institute (SMVTI) opened in Yangon last June, which is a collective initiative between the two countries to combat the skills gap.  Both parties aim to put 800 students through each year.  Hospitality and tourism, electrical skills, facilities management, and engineering are areas of focus.

With a renewed drive within vocational training, Myanmar could overcome one of its biggest hurdles to economic prosperity – training a diversified workforce.

If you’d like to discuss ways that TVET can be enhanced please contact Wendy Perry via wendy@wb.switchstartscale.com.au.