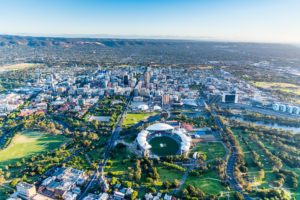 Sister City is a form of broad-based, officially approved & long-term legal partnership or social agreement between the communities used for strategic international business links & productive development of the members bonded through the agreement.

The Sister City was brought into existence to promote, build, and nurture cultural, social & economic connections between towns, cities, regions, provinces, states, oblasts, and countries all across the globe. It is envisioned to strengthen relationships, foster friendships, and develop understanding among different cultures & boost tourism & trade of the united members. It also serves as an act of peace & settlement between former antagonists.

Sister City Relationships are established for numerous reasons from enlightenment, acknowledgment, development, & encouragement of diverse cultures in the pursuit of social, economic, and financial improvement. The sister city agreements are formed to spread peace & tranquility through shared respect, understanding, and collaboration. It aims to develop enduring networks of communication between the cities of the world to cut across the boundaries & reduce polarization among nations.

Why the term ‘sister’ was used?

The choice of term, “sister” is of greater significance. It is believed that sisters share a stronger connection than any other kind of bond. A bond that lasts for a lifetime where the siblings look out for one another, learn from each other, protect one another, encourage each other, & help each other in every situation.

The Sister City concept began right after World War II with the purpose to promote peace & understanding between different cultures & former foes. The program was first established by America in 1956, then called people to people programs. The program combined two or three cities to a single-family, and the approach was known as Twinning. It is been said most people embraced the idea positively at that time.  The partnership was formal & the agreement was constructed through a document mentioning details like how the collaboration was to be achieved & the exchanges involved.

Sister City Relationships boost human resources, business relations & cultural exchange. It brings cities & communities together, standing as a symbol of hope & peace. It provides developed & developing nations with opportunities to extend their economic & social networks helping to attain recognition & appreciation on a large scale where people help each other to create a better world.

It serves as a great source for acquiring adequate help & assistance when calamities strike. Decisions are taken to ensure the betterment & safety of all included in the sister city agreement enhancing trade, tourism & heritage preservation opportunities. Plus the partnership can be responsible for delivering strategic collaboration plans for the sister cities nurturing education & research sectors.