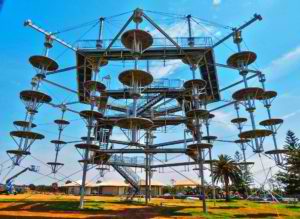 Sister City Relationships offer economic, environmental, cultural, and social benefits to the linked members. It sets the basis to endorse engagement & mutual understanding, originally started to strengthen friendship & nurture relationships between diverse cultures. It was intended to resolve the rifts between former rivals and serve as an act of peace & reconciliation. It was established based on the hope people who come to know each other in the best ways cannot hate each other. Rather, they will encourage each other to move ahead towards prosperity & tranquility. It became a medium of encouraging trade, tourism, and economic & cultural exchanges.

In Australia, the idea of sister cities was established in 1978 after research was undertaken to understand the program implanted in America & other countries. Now there are more than a hundred cities with sister city relationships in Australia. The sister cities to Adelaide are Austin, Christchurch, George Town, Himeji, and Qingdao. Besides these sister cities connections, there are a number of connections with Western Adelaide Sister Cities.

The City of Charles Sturt joined the sister city relationship for the purpose of boosting collaboration in the areas of cultural, economic and social growth. The sister city agreement was signed on 24th February 2014. The city has a sister relationship with the city of Caulonia (Italy) that offers many festivities & tourism activities.

At present, the city is working on creating spaces that people will love to visit, spend time or do business in. Local communities & business owners are working together to build beautiful public places. The project is aimed at creating meaningful spaces for the public as well as ensuring that collaboration between the communities is conducted productively. It also creates work opportunities for local people with required skills to rejuvenate the spaces which provide a sense of belonging for individuals & businesses associated & ones who utilize the project. The project enables collaboration in pursuit of economic development that also boosts the tourism sector of the respective area as people are more attracted to areas with well-maintained & improved public spaces. Such places become more vibrant for a 24-hour business economy & promote a healthy environment.

The city of West Torrens aims to increase tourism activity in Western Adelaide. Tourism is a huge source of revenue & employment for the city that enhances the economic activities in the region. The citywide collaboration has realized the employment of more than 10,000 people who support more than 4,500 businesses (City of West Torrens, 2018). The Adelaide Western Beaches website is a collaboration platform that has been utilized to create awareness for the beaches within the city. The partnership in the region saw a tourism expenditure growth of almost $300 million with continued growth extending up to $6.3 billion (City of West Torrens, 2018). The city is also engaging in sister city partnership for climate change adaptation plans with cities of Port Adelaide and Charles Sturt that strive to create policies for resolving global warming & creating a sustainable climate.

Formed in March 1996 in the North West of Adelaide it serves as one of the major metropolitan councils in South Australia. The city experiences a multi-cultural environment due to the social & economic activities facilitated by the port. The diverse cultural environment is also because the city is populated with people from different backgrounds such as Italy, the UK, Vietnam, India, China, and Germany (Oakley, 2005).