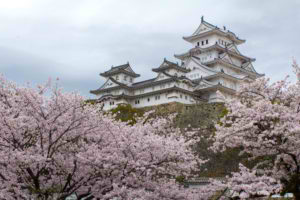 The Japanese ‘lifetime employment system’ and culture doesn’t take kindly to risk. This means there are some policies that don’t make the process of finding private capital simple. Most entrepreneurs don’t work for start-ups. Rather, they go into the government or large companies – the elite jobs. But things are changing.

“Companies now hire more temporary employees, and those people are more likely to start companies to gain a better sense of security than being a temporary employee,” said Robert Eberhart, an Assistant Professor of Management at Santa Clara University.

“That’s changing the condition for entrepreneurship by creating a larger community.”

Change is happening. And it’s starting in schools.

Seven-year-olds struggling with development are learning the basics of coding by collapsing blocks in a computer game. Keen adopters of the technology, Kid’s Tech, talks about how skilfully designed educational programs can help troubled students.

“Such an environment helps them learn how to communicate and work in teams,” Takeshi Sumiyama, Kid’s Tech president said.

Children learn entry-level computer programming – a subject that will be soon be made mandatory to elementary schools from 2020, under the education ministry’s guidelines.

There are new programs and initiatives that make entrepreneurship accessible for locals. The David Eccles School of Business helps students complete a Certificate in Entrepreneurship. They also have the opportunity to take courses taught abroad in English by the University of Utah facility.

Shifting away from just a large-firm economy.

Until recently, Japan had still been grappling with the effects of the 2008 financial crisis. Investors are more enthusiastic for high-growth companies, according to the Mothers Index of Tokyo Stock Exchange.

While Adelaide has seen a surge in co-working spaces in the past few years, the concept is still new in Japan. TechShop opened a year ago as the first, membership-based, DIY studio in Japan. Its mission is to help entrepreneurs bring their innovations to life, with industrial-level machinery and tools, open co-working space, engineering trainings and networking events.

The Japanese government has highlighted a few regions as ‘tech hubs’, including Tsukuba Science City and Yokosuka Research Park.

As the third largest economy in the world, Japan is in a state of major transition – similar to the ‘identity shift’ Adelaide experienced, making entrepreneurship and innovation a priority.

Hear about entrepreneurial education opportunities in Himeji, Japan, or any other of Adelaide’s sister cities by contacting Wendy Perry, via wendy@wb.switchstartscale.com.au.